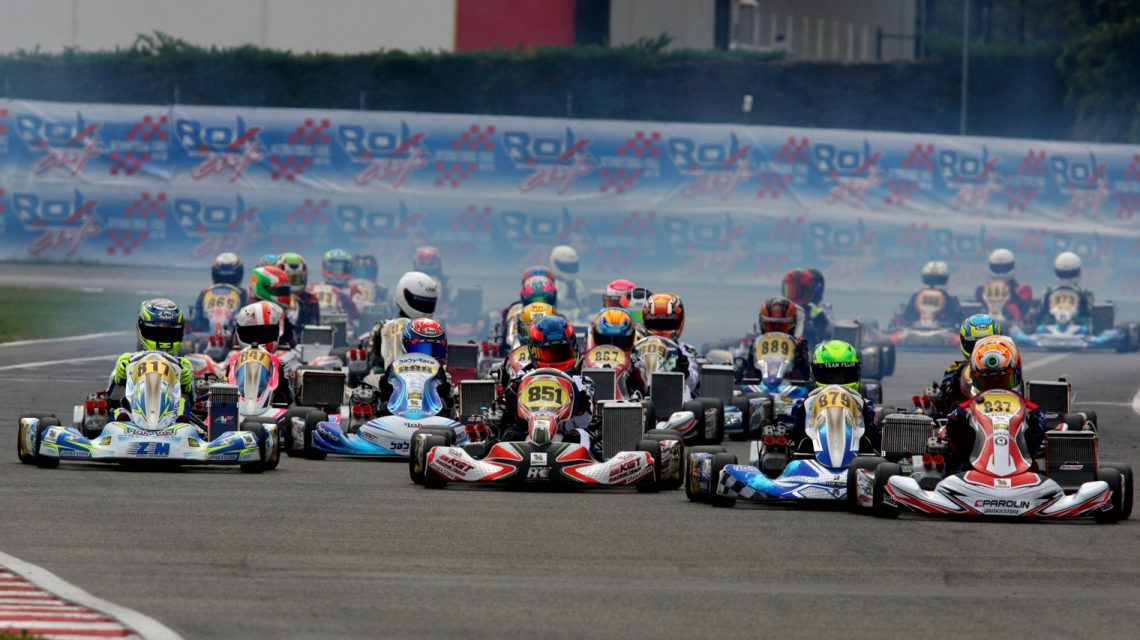 Tate Bishop impressed many with his superb display while representing South Africa at the 2018 ROK Cup International Final. The event was again hosted by the famous South Garda Karting facility in Italy and after some superb drives in the local OKJ (Junior ROK) Championship, Tate was keen to show his metal against some stern international competition.

Having finished his first 2 heats in 8th and 11th respectively, things then took a nasty turn when Tate, who in his plight to make the hallowed final of the event, was taken out in his next two heat races. He did manage some superb comeback drives though, to finish a respectable 12th and 17th, but this left him a mountain to climb to be one of the final 34 drivers. With over 100 entries, making the final is a massive achievement in itself. It would all come down to his last heat race on finals day, where a good result would see him through to the final.

Tate delivered superbly, he drove to a terrific 7th place that morning which was enough to see him book his place on the grid for the Junior ROK International Final. Starting the race from 25th spot, Tate drove one of the most incredible races of his career. He managed no less than 11 overtakes to come home 14th in the world… Not bad considering this man is only 12 years old. His performance also earns him his South African colours for motorsport. You can watch all the action from Tate’s amazing drive to 14th in the Final below: